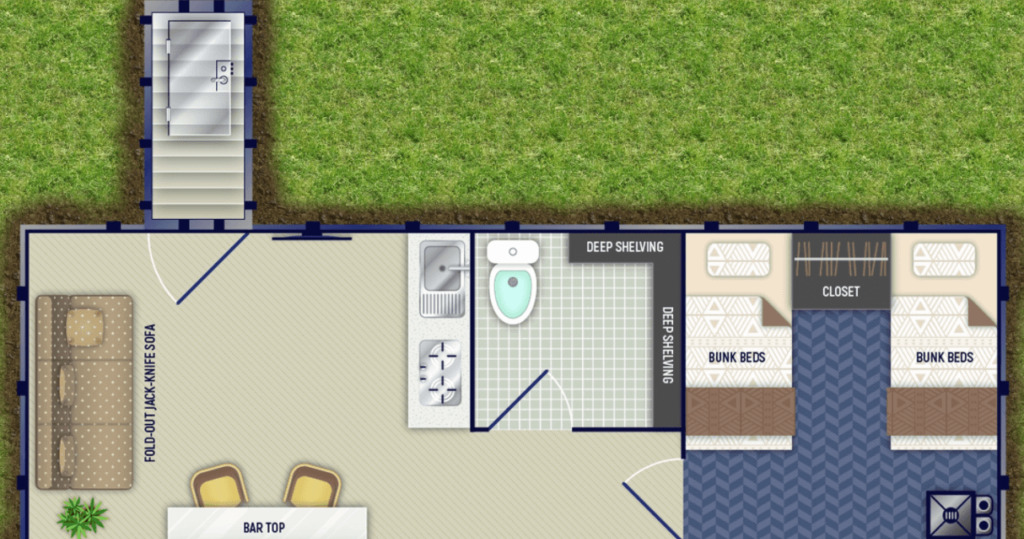 A bomb shelter in a private house: useful tips and life hacks

New realities during martial law dictate new rules of life. A new provision of the law has already entered into force, which requires the construction of shelters in multi-storey residential buildings. We hope that the developers will faithfully comply with this new norm, taking care of the safety of residents.

And what about private housing, one-story and two-story buildings, located outside the cities, where people can go down to the subway, underground parking, etc. during an alarm?

Ukrainians are interested in arranging a bomb shelter in a private house, even by themselves. The popular requests are how to arrange a bomb shelter in a basement, how to make it fortified and able to withstand a missile strike or bombing, how to provide shelter for the whole family for a long time.

Basic rules for arranging a bomb shelter/shelter at home

Private estates in the village or small town usually have cellars . With minor modifications, the cellar can be used as a temporary shelter, and this is good news.

If you decide to equip a bomb shelter in the basement of your private house, or convert a separate cellar that you have in your yard into a shelter, then there are several basic points that must be implemented:

Now on each item in detail.

Access of fresh air to the bomb shelter should be ensured by ventilation. An exhaust pipe with a hood, as it is traditionally made in cellars, is quite a sufficient option. There is no need to install an electric fan, because the ventilation should provide people with air even during power outages.

It is good to have a source of drinking water in the shelter. Ideally, access to a well with a manual pump. If this is not possible, store a sufficient supply of drinking water for several days in a closed container in the basement and monitor the expiry date.

The bomb shelter in the basement should have two separate exits at opposite ends of it. This is in case of blockages – if one of the exits collapses, you can use the second one.

These are the basic requirements for a bomb shelter in a private house. We can add a number of useful tips: in addition to water, take care of food supplies. Canned food, dry products for long-term storage will come in handy. It is also worth keeping a shovel with a short handle in the cellar: in the event of a blockage, you will need a shovel to dig out.

If you have a cellar dug in the ground which does not have reinforced brick or concrete walls, then at least the walls on the sides of the stairs should be securely reinforced with strong wooden boards, so that the structure does not collapse and block the exit at the slightest damage from projectiles.

Another life hack: if there is a hatch leading to the bomb shelter from the ground floor of the house, it should open inside the shelter, not outside. Otherwise if the hatch is covered with fragments of brick, stone, building materials, it will be impossible to open it.

Things to avoid in a bomb shelter are dangerous sharp objects that can cause injury in the event of a collapse.

How to build a bunker

All of the above related to a fairly simple version of a bomb shelter in a private house. A bunker is a much more fundamental building, which provides reinforced concrete walls, ceilings and stairs down. All facilities and furniture needed: beds, benches, a toilet and a shower, food cooking facilities. Bunkers must have water supply and sewage, and an autonomous source of electricity.

To build a bunker, a blueprint is needed. You can buy a ready-made typical project of a bomb shelter, or order an individual one.

If your private house is located in a cottage town, you can team up with your neighbors, buy a one-for-all shelter project, or even build one bomb shelter for several families.

Take care of the safety of your family, and it is better that you never have to use the bomb shelter for its intended purpose. But one should hope for the best and prepare for the worst, as folk wisdom says.